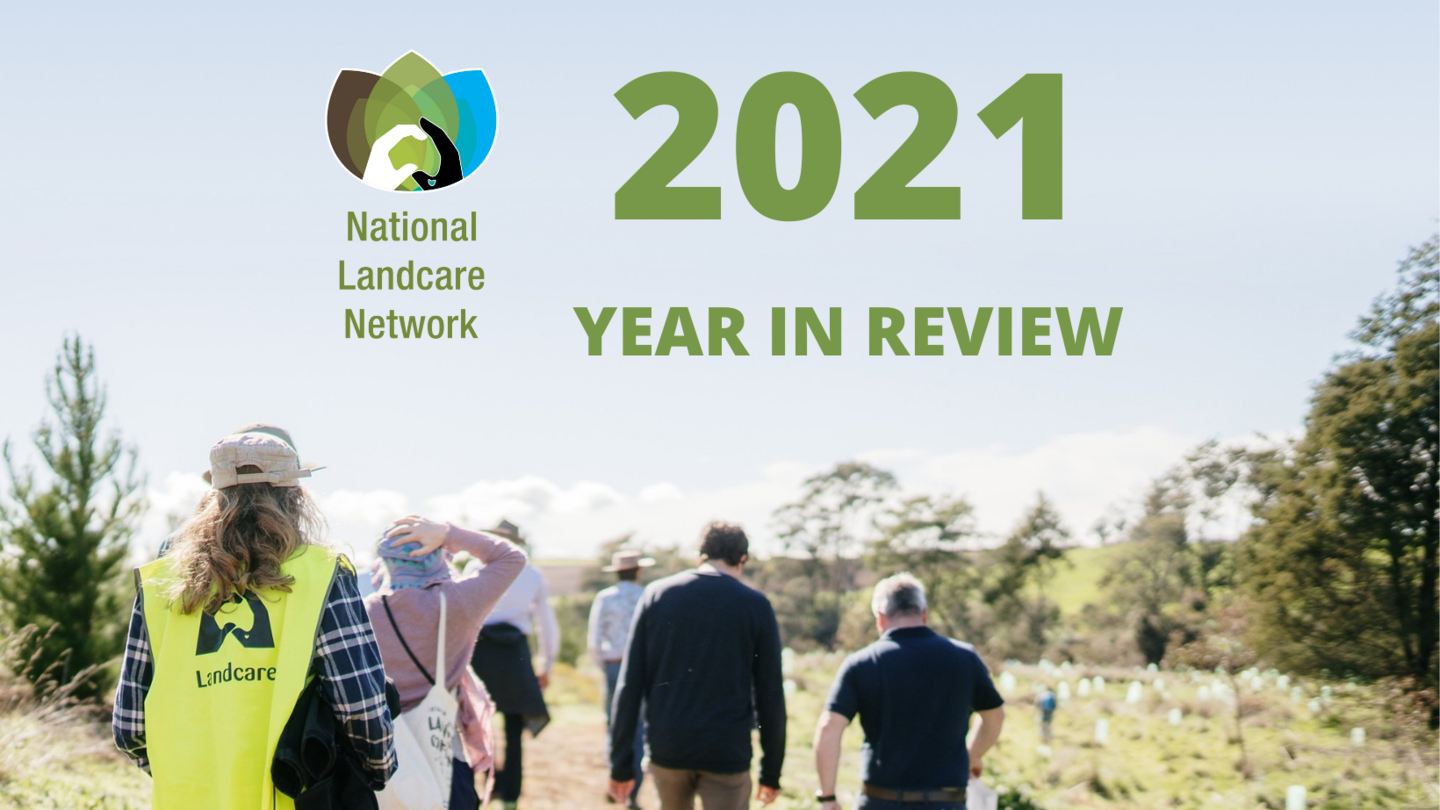 2021 Year in Review: A stronger and future-focused National Landcare Network

Despite the challenges of 2021, the National Landcare Network finished the year in strong shape, with increased organisational capacity, a number of strong new partnerships, three new energised board members and a future-focused strategy.

Representative of Community Landcare, the NLN felt the impact of social restrictions which hampered on-ground activity and face-to-face meetings. Yet despite this, the Community Landcare movement showed itself to be incredibly adaptive. As more Australians sought to connect to their local environment and community for greater resilience and wellbeing, the longstanding Landcare movement further secured its relevance and attracted new members.

With stronger partnerships and a more direct line to politicians since the launch of the Parliamentary Friends of Landcare, the NLN look forward to providing even stronger representation to deliver outcomes for Community Landcare in 2022.

A strengthened team of experienced staff

Earlier this year Dr Kristin den Exter joined the NLN as Partnerships Manager and among a wide range of other projects has primary carriage for the Shaping the Future of Landcare project. Melissa Gulbin joined the NLN in September this year to provide in-house communications and marketing capacity.  As well as a partner with Landcare Australia Limited and affected State and Territory organisations, the NLN employed under secondment Rowan Ewing and Thalie Partridge to support the Landcare Led Bushfire Recovery project.

NLN Chair Dr Patrick O’Connor, said, “The contributions of both Sue and Keith to their State and Territory Landcare Peak bodies cannot be overstated, nor to can their contribution to the National Landcare Network, and to grassroots landcare across the nation in those roles."

“As well we farewell from the NLN Board Dr Kaye Rodden who has been the Landcare Victoria nominee to the NLN Board for the nearly two terms, and equally has made a massive contribution to landcare within her State over many years and at the national level,” he said.

“It is a measure of the depth of skill and commitment embedded within the National Landcare Network, that the NLN is privileged to have the support of, that I was able to announce at the pre AGM Board meeting the board has accepted the following exceptional nominations; Jane Carney, Landcare Victoria; Louise Duxbury, West Australian Landcare Network; and Annie Andrews, Landcare Northern Territory, to the Board of the NLN," said Dr O'Connor.

Read more about our new representatives

Thank you for your immense contributions Keith, Sue and Kaye.

In October, the NLN signed a Memorandum of Understanding (MoU) with leading agricultural research, education and advocacy organisation, the Mulloon Institute. The MoU will deliver Catchment Scale Restoration and Rehydration Pilots across the country.

The National Landcare Network and the Mulloon Institute will work together to identify potential catchment partners in conjunction with the relevant State and Territory Landcare Organisations.

Read more about the Mulloon partnership

Another key strategic partnership includes an MoU with Farmers for Climate Action which will strengthen the capacity for farmers to lead climate solutions. Intended outcomes of the Farmers For Climate Action MoU include collaborative  planning for webinars on key topics, the development and advancement of policy, cross-pollination of information across networks, and jointly advocating for better coordination of NRM funding across all stakeholders.

We look forward to ﻿giving a strong voice to Community Landcare in 2022.