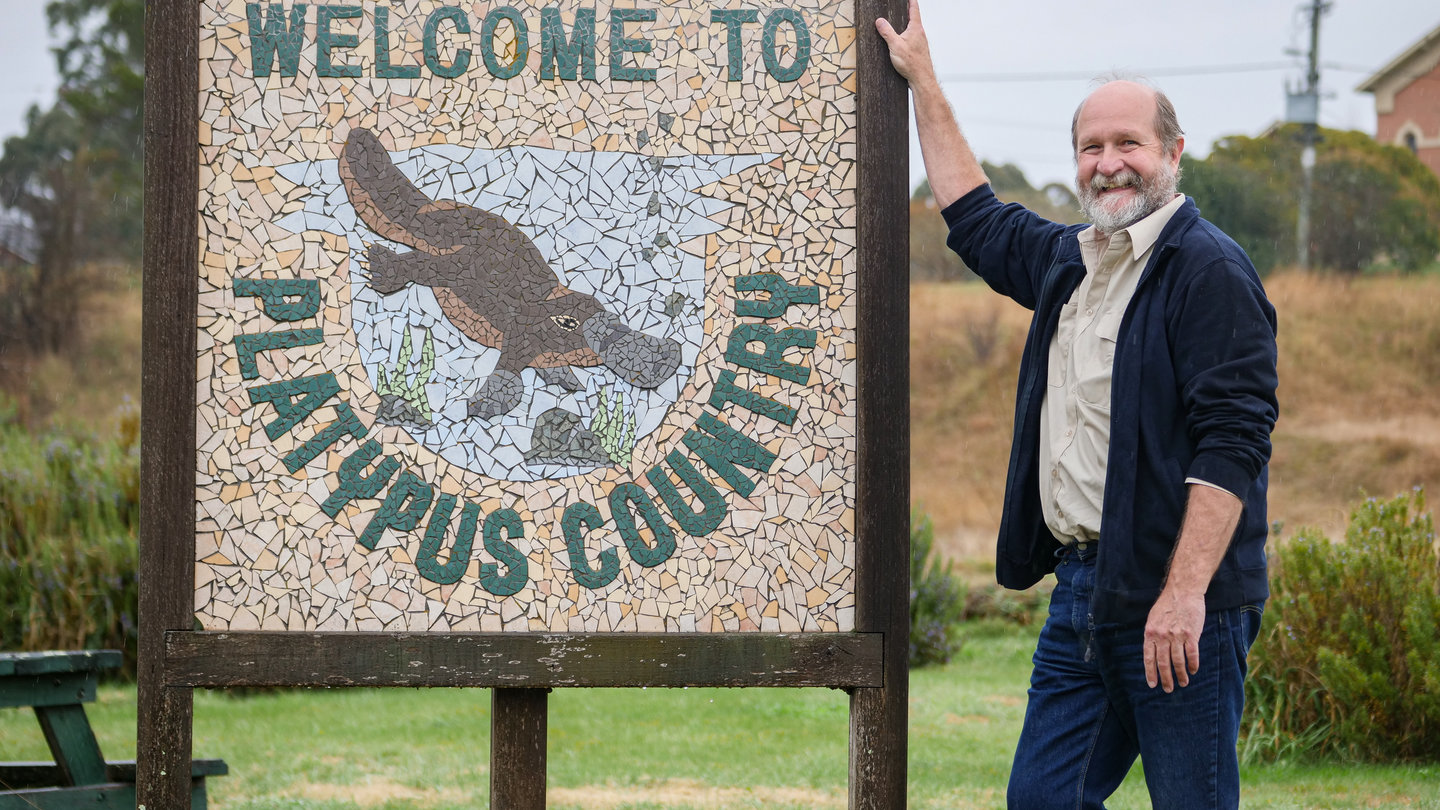 CEO of the National Landcare Network Jim Adams has joined Australian Conservation Foundations' Platy-project to help record sightings of the platypus around Bombala. As he says, "What's better than spending an hour sitting on the side of a beautiful river to see what comes and goes?"

Beyond September, the NLN is encouraging grassroots Landcarers to take part in the ACF's platy-project to help researchers understand more about this elusive animal, and how we can better protect it.

Mr Adams, who featured in an ACF video promoting the project, shared the story of how the timber town of  Bombala in South East NSW transitioned to a 'platypus town' during his time as the town's mayor.

"Many years ago I was the Mayor of Bombala. It was proud of its heritage in forestry but it also wanted to broaden that with the declaration of the National Parks and the opportunity to promote platypus in the region. It was a very rewarding time.

"The objective of the project is to establish the status of the platypus across the range. We don't really know how healthy the population is.  I'm very proud as the CEO of the National Landcare Network to be partnering with Australian Conservation Foundation on the Platy-project."

There are places within the platypus’ range where sightings have never been recorded, or where they haven’t been seen for a long time. These are our biggest gaps in knowledge.

The NLN is encouraging Landcarers across the network help researchers fill these gaps by visiting priority areas, looking for platypuses, and uploading their findings to the University of New South Wales’ platypus sighting database.

Are you a group which is taking part in the Platy-project? Let us know!