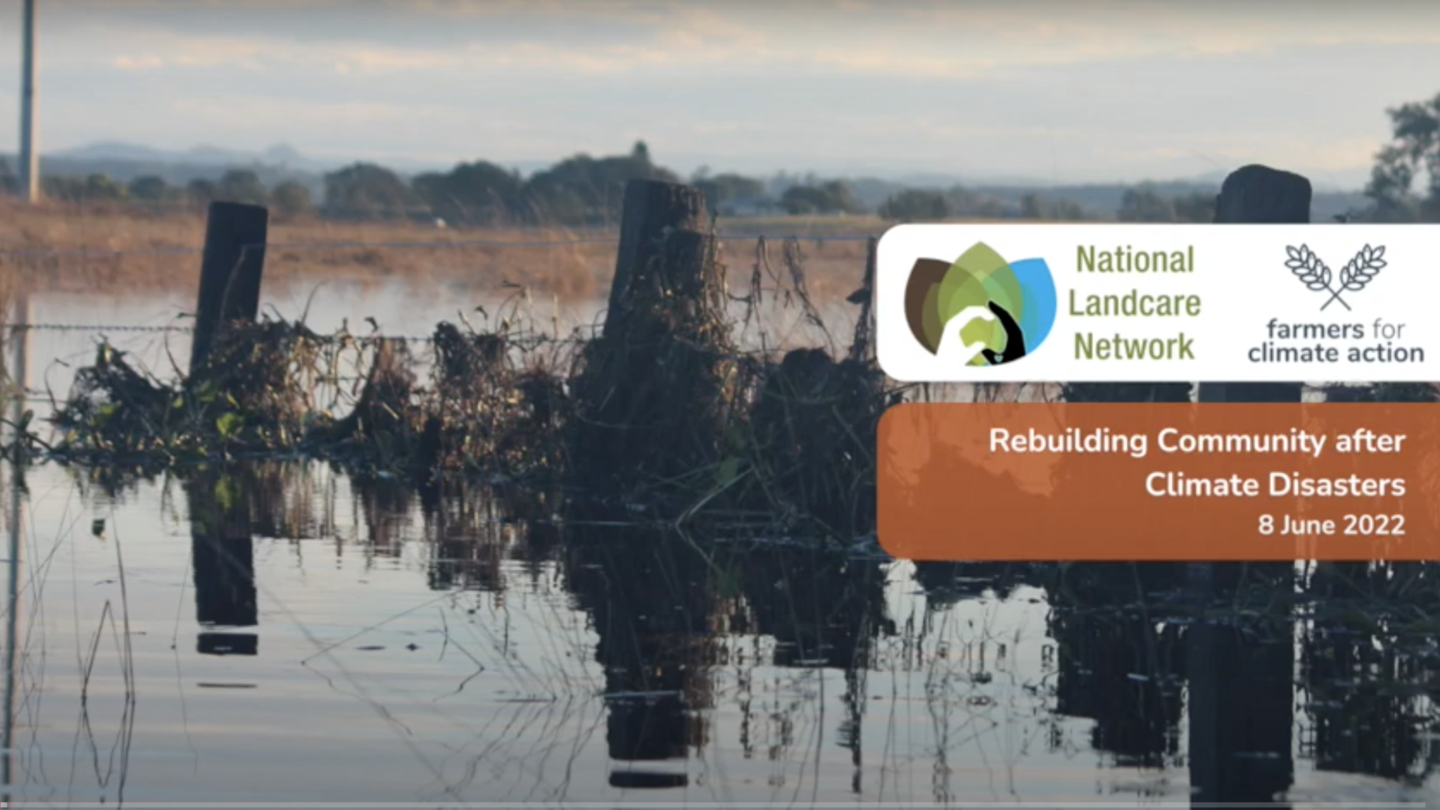 The scale and power of the community-led response to recent bushfires and floods has brought into sharp focus the critical nature of local community networks when it comes to responding to and recovering from climate disasters.

The webinar explored the question: How can we strengthen and build place-based networks to ensure our communities are as resilient as possible to future climate catastrophes? View it here:

This webinar shines a spotlight on the flood-ravaged Northern Rivers to explore how community networks can both strengthen and fracture during times of climate crisis.

Speakers include clinical psychologist Dr Rob Gordon, who has worked in disaster recovery since Ash Wednesday in 1983, and Landcare Coordinator Emma Stone, who is deep in the early flood recovery stage in the Northern Rivers- activating her local Landcare community and forging partnerships to build resilience.

Public Officer of Lismore-based Wilsons River Landcare Group Kristin den Exter's family home was decimated by the flood. She has seen first-hand the importance of community networks during disasters.

“What we have seen in the three months after the monster flood is how our existing networks such as Community Landcare groups emerge as leaders in response and recovery. Community collaboration can be messy and difficult, but they are essential to our resilience in facing the significant climate challenges ahead,” she said.

“After the bushfires and now after the floods, we have seen local Landcare groups emerge as leaders, providing that localised surge response when and where it is most needed. We need to see investment in these community networks to remain strong against the impacts of climate change.”

Farmers for Climate Action’s Community Organising Manager Emily Jones said, “Farmers are on the front lines of extreme weather. Farming communities have experienced huge disruptions and devastation from the recent floods, and also from bushfires in recent years from WA’s Wheatbelt to Black Summer on the east coast. Exploring ways to keep our farming communities strong is really critical as we respond to and recover from these events.”

This webinar will also consider how we can use our on-ground community networks to create surge capacity in the face of climate disasters, whether that be saving lives, maintaining mental health or reviving biodiversity.